The E.J. Ourso College of Business at Louisiana State University has confirmed BlinkJar Media as one of the recipients of the 2017 LSU 100 list. The LSU 100 identifies, recognizes and celebrates the 100 fastest growing Tiger-owned or Tiger-led businesses in the world. The purpose of the LSU 100 is to celebrate the success of former LSU graduates and to recognize the impact of LSU alumni on the local, regional, and national economy.

Postlethwaite & Netterville confidentially ranks companies based on their compounded annual growth rate. As stated on the LSU 100 website, companies must meet all four of the following criteria for consideration:

4. The company and its Tiger leaders and/or founders must act with high integrity and operate in a manner consistent with the values and image of LSU.

For BlinkJar Media, 2017 marked its first year of eligibility for the LSU 100 as it recently celebrated its five-year anniversary. CEO and founder of BlinkJar Media, Jared Broussard, attributes the success of the company to his team and the agency’s clients. “Our team unselfishly infuses energy and fresh perspectives into the agency daily. Each team member has contributed to the success at BlinkJar”, says Broussard.

Broussard also stressed the importance of the agency’s clients saying, “The strength of our agency is directly rooted in our client relationships. Building deep and impactful relationships with our clients has fueled our growth over the past five years and will continue to be the lifeline of the agency. Technology can change, systems and processes can change, but one thing that will never change is the fact that an agency’s success is directly contingent upon the happiness and success of its clients.” 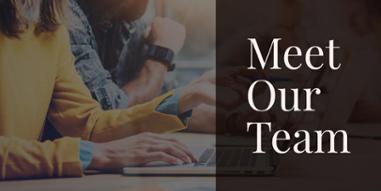 Interested in finding out more? Have a question for us? We would love to hear from you.